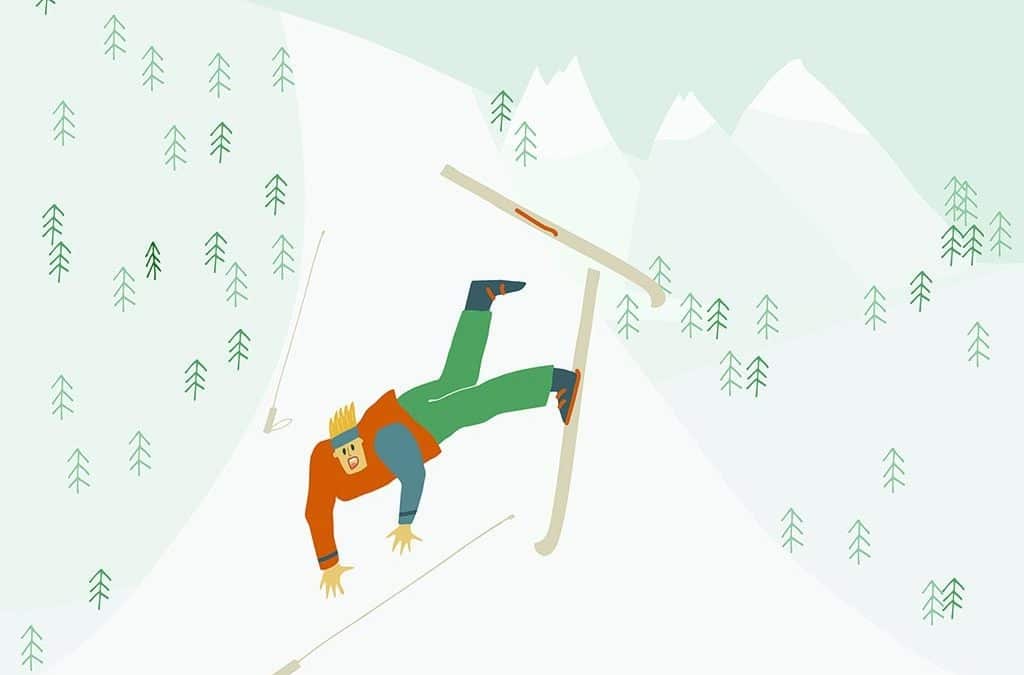 An Opportunity To Learn And Succeed

My Experience With Failure

Learning from failure may be a misnomer. I believe there is no such thing as failure, just an opportunity to learn and succeed. I did not always think this way. For many years I suffered from a misplaced belief that I was a failure, but not everyone knew it—yet. My answer to this dilemma in my professional life was to get out before my superiors found out. It seemed to work, but it did nothing to improve my confidence. But one day, I discovered the secret of succeeding through failure.

Because I am a slow learner, I could illustrate this concept with many personal stories, but to keep this short, I will discuss two. The first one stands out because I was at my worst in high school.

For me, success in high school was limiting the number of failing grades on each report card. It was so bad that I went into the administrative offices in my senior year and found the school’s dean and principal. I panicked because I thought I was a half-credit short of graduating. I was clearly upset and told them my fear of not graduating and wanted to know what I could do. They both laughed, and the principal looked at me and said, “Do not worry. We do not care if you are short credits because you will cross that stage and get your diploma. You are not torturing us one more day, much less another semester.”

Now let me take you back to my sophomore year. It was in geometry, and I was the class idiot. I was failing miserably. In fact, it was so bad that I changed the grades on my report cards to hide them from my parents. Of course, there was the genius of the class that everyone went to for help. He just seemed to know it all, which just made me feel worse. After changing my grades twice (report cards came out every two weeks), I realized I could not get away with it a third time. Backed into a corner, I resorted to something I rarely ever did; I studied. What a difference a couple of weeks of studying can make.

One day, the teacher gave us a pop quiz. It was all or nothing, 100% or zero. I skipped class the next day. When I returned, the teacher announced the test results. Everyone failed except me. I got 100%. And for the rest of that semester, I continued to score well and passed the class. Even more amazing to me, the class genius asked me to help him learn the material. That was my first opportunity to learn and succeed. Unfortunately, I am a slow learner, and I quickly forgot that lesson the following year. But somewhere, deep inside, it made a minor difference. I know it because I still remember how good it felt to succeed in that class. This was an example of literally learning from failure.

Now let’s fast forward to my professional career and see how one of my biggest failures turned into one of my greatest strengths. They hired me to oversee their senior living and healthcare operations. I worked closely with a human resource director who was very intelligent and intimidating. He had championed an alternative approach to care, and I partnered with him to help make it work.

Things did not go well from the start for various reasons, but I worked hard to get results. At one point, we had to replace a key executive who was operating one of our largest and most complex senior living communities. I hired someone I had worked with briefly in the past. He was charismatic and came in strong. I supported him as he added some key staff and began making changes. What I did not realize is that he was tearing things apart. He had the staff blindly following him and willing to do almost anything for him. He saw an opportunity to push me out and advance himself.

It was not long before a survey report came in, and we were in danger of losing the license to operate. The owner of this company came out of retirement to get control, and there was little question in my mind the end was near. The owner gave us (the senior management team) an ultimatum to get it right or get out. While he first ripped me to shreds but he also asked me what we had to do to fix it. I gave him a plan, and he told me to get it done.

Backed Into A Corner

In the meantime, I went home and told my wife I needed to find other employment. She did not miss a beat when she said no. It would be best if you made this work. So now both my bosses told me to get it fixed. And again, I was backed into a corner, facing a massive failure of leadership (the opportunity) and nowhere to go but learn and succeed. And I did just that.

After we were out of danger, the owner was calling us into his office one by one. Before he said anything, I asked if I could say something first when I spoke with him. He agreed, and I took full responsibility for the entire disaster. I said there was no one to answer for this but me. I also said I was fortunate he let me continue with the company and would never make the same mistake again. He listed everything I did to put us at risk, but we ended the meeting with a handshake.

Not long after that, they promoted me to vice president and gave me an employment agreement as added security. Eventually, I discovered I earned the owner’s respect by correcting my mistakes, but even more so by taking responsibility and not blaming anyone else. Now, someone else was definitely more intelligent than me and more capable, but he blamed everyone else. He left not long after the dust settled.

I owe a lot to the owner of that company and his son, who took over supervision at the CEO level. They could have sent me packing, but they continued working with me and helped me become a better leader. I learned two important lessons from this experience.

First, I was much more capable than I realized. I just had to face my failures and recognize them for what they were, an opportunity to learn and succeed. Second, I learned to own my mistakes and never blame someone else for what I did. Along with owning the mistake, you also must be the one to remedy it and since you cannot do that alone, be sure to give everyone else credit.

Do Not Fear Failure

Are you afraid of failure? If you are, start thinking about how you can change your mindset. Everyone fails. What sets great leaders apart from everyone else is not avoiding failure. It is how they deal with the mistakes they make and the resulting opportunity to succeed. It is getting up, dusting yourself off, finding what you tripped over, and either changing direction or figuring out how to get over, under, or around that tripping hazard.

So, with that, get out there and use that opportunity to learn and succeed. You can do it.

Focusing On The Right Thing?

Join our mailing list, and we will send you updates on upcoming events and courses. We offer free live-streamed events and introductory courses throughout the year.

You have Successfully Subscribed!

Any cookies that may not be particularly necessary for the website to function and is used specifically to collect user personal data via analytics, ads, other embedded contents are termed as non-necessary cookies. It is mandatory to procure user consent prior to running these cookies on your website.